The Victoria Minor Ball Hockey Association (VMBHA) is committed to the organization
of a safe and positive program for players in Greater Victoria and surrounding areas to
learn sportsmanship, player etiquette, and team play. Participants are of varying ball hockey experience and
skill level and it is important that all participants are able to gain equal enjoyment from being involved.

The program will also provide an opportunity for children of all ages and gender to keep fit,
develop ball hockey skills, and most importantly, have fun in a safe and competitive environment.

As an Association to offer minor ball hockey as a foundation for children to grow and develop that
will enable them to enjoy life-long participation and friendships through the game of ball hockey.

The name of the Society is Victoria Minor Ball Hockey Association (VMBHA).

The area(s) of the Greater Victoria Area shall be known and hereinafter referred to as the ‘District’.

The purpose of the Board of Directors:

To foster, improve and continue the growth of Minor Ball Hockey within the Greater Victoria Area;

To continue with the enforcement of the rules of the game as adopted by the Society;

To supervise and carry out regular season play and regional playoffs for minor ball hockey in the ‘District’ within the Province of British Columbia;

To emphasize and encourage the involvement of those who put the interest of the game ahead of their personal interests;

To ensure that the game is played in a positive environment;

To assist members in the pursuit of excellence by providing effective programs and services through available resources;

To monitor and review services, benefits, and programs available to the members in order to meet their ever changing needs;

To present a common voice on behalf of all members in all discussions that could effect within the West Coast Minor Ball Hockey Association;

To promote and support equal access to program and services regardless of gender, sexual orientation, ethnic origin, racial origin or religion.

The operation of this Society is to be mainly carried out within the ‘District’ in the Province of British Columbia as a non-profit organization. This provision is unalterable.

In the event that the Society should be dissolved, the remaining assets will be liquidated in order to facilitate the payment of all debts and liabilities.  Any remaining assets shall be split equally amongst existing Minor Ball Hockey Associations in good standing. This provision is unalterable.

1      Victoria Minor Ball Hockey Association for the purpose of these By-Laws shall be known and hereinafter referred to as ‘The Society’.

BY-LAW ONE
The Society

2     The Society currently shall be formed into one ‘District’ as follows under the name:

Within the ‘District’ the Society governs the following area(s) as for the sport of Minor Ball Hockey:

Players under the Society shall be known and hereinafter referred to as ‘Members’ and/or ‘Membership’.

iii)     Proxy votes will not be accepted at any AGM or SGM.

iii)     In the event that sufficient Members, in good standing, are not present at a General Meeting within one half hour from the appointed time for the meeting, it shall stand adjourned for two weeks and shall then be advertised on the Society’s web-site.

BY-LAW FIVE
Executives are Directors of the Society

iii)     The Secretarykeeps up-to-date and impartial records of the proceedings of each VMBHA meeting, and other events, in writing, and he/she corresponds, as directed by the VMBHA Directors. The Secretary is entitled to one vote on any matter before the VMBHA.

xii) The “Founding President” Position is a respected non-voting honorary director position. The current directors may contact the past founder for consultative purposes.

Refers to a situation when someone, such as a Board Member, has competing personal obligations or personal or financial interests that would make it difficult to fulfill his/her duties fairly.  It is recognized that the only truly effective safeguard against conflicts of interest situations is the integrity of the Board Member.

(ii)    Exercise the care, diligence and the skill of a reasonable prudent person

(iii)    Not communicate confidential information to anyone not entitled to receive this information.

Board Members have a responsibility to disclose any direct or indirect conflicts of interest. Board members must avoid even the perception of a conflict of interest. If a member is in doubt as to whether or not a conflict exists or could exist, he or she shall seek advice from the Board or of a person designated by the Board forthwith.

Board Members shall declare any real or potential conflict of interest regarding a Board agenda item and shall remove themselves from the room prior to discussion of the matter. He/she shall neither vote on the item nor attempt to influence the voting of other Board Members in any question in respect to the matter.

Failure by Board Members to adhere to the principles and procedures outlined in this Bylaw will be reviewed by the Board, with the exclusion of the individual in question, on a case by case basis. Concerns or complaints by the Society’s membership regarding a Board Member must be undertaken in writing.

Where it is determined by a 65% majority of the Board that a conflict of interest exists, action such as a reprimand, censure, or removal from the Board may ensue. This is determined on a case by case basis and would take into account the nature and severity of the infraction.

A meeting, or part of a meeting, of the Board of Directors may be held “in camera” where intimate financial or matters of a personal nature of any person may be disclosed at the meeting. The desirability of avoiding open discussion of such discussion thereof outweighs the desirability of adhering to the principle that the meeting be open to all Members. The proceedings at an “in camera” meeting must be kept in strict confidence and do not form part of the regular minutes. Normally only Board Members may attend “in camera” sessions. However, other individuals may be invited at the discretion of the Board.

Members are invited to attend Board Meetings to raise and discuss specific issues provided that such items are placed on the agenda in advance. It is inappropriate for general Members to attend and fully participate in other unrelated agenda items.

Associate Board Members are invited to fully participate in all Board discussions, except those held “in camera.

A quorum shall consist of half plus one of the voting positions.

All Board Members will be notified of all Board Meetings, including those called in short order.

The accidental omission to give notice or any irregularity in the notice for any regular or special Board Meeting or the non-receipt by any Member shall not invalidate any resolution passed or any proceedings taken at any meeting of Members.

The Minutes of the Board Meeting are prepared and held by the Society’s Secretary.

Approved Minutes are available to all Members upon request to the Secretary.

The President may, at any time, take a mail, telephone, fax, or email poll or vote of the Directors on any urgent matter. The results would be binding.

If a Board Member is absent from three (3) or more consecutive regularly scheduled Board meetings, termination from the Board would result, unless a majority of the Board deems the circumstances to be extenuating.

The fiscal year of the Society shall be from August 1 to July 31.

The finances of the Society shall be under the control of the Board of Directors.

A current operating account shall be maintained in a Canadian Chartered Bank or financial institution as approved by the Board.

The Treasurer shall endeavour to present a financial report at all Board Meetings.

The Board of Directors shall not have the power to borrow monies. A special resolution approved at an AGM or SGM is required and even then would be subject to provisions of the Society Act.

At the Annual General Meeting of the Society, Members in good standing shall be provided with a balance sheet and income statement.

The books of account, records and minutes of the Society shall be retained by the Society and shall be open for inspection upon request by the Members during such time as the Board of Directors shall designate.

Directors with signing authority for the Society shall be the President, Treasurer, Vice-President and Registrar and such Directors as may be authorized by the Board.

All cheques written and funds released by the Society will require the signatures of two Directors with signing authority. The two signatories cannot be related.

The President cannot concurrently hold the position of Treasurer.

Any amendments to any provisions or any additions to the Constitution and/or Bylaws require the following:

(i)         Special resolution at an AGM or Special General Meeting,

Proposed amendments to the Constitution and/or By-Laws must be received by the Secretary of the Society no later than fourteen (14) days prior to the Annual General Meeting or the Special General Meeting.

1)         Any Coach, Team, Player, Official, Official Scorer, Game Time Keeper, or any official of the Society may appeal any suspension or decision of the Society’s President or the President designate.

2)         Any individual wishing to appeal a suspension assessed and/or a decision made by the Society must:

(b)     The individual, if dissatisfied with the final appeal decision of the Society in question may then appeal the suspension and/or decision to West Coast Minor Ball Hockey Association. A fee of $50.00 must be paid to WCMBHA before an appeal can take place.

(d)       All appeals must be submitted in writing and be received by the WCMBHA President within 10 days of the original decision.

(e)       The Appeal will be only heard under the following conditions:

(f)      Appeal may be filed on the grounds that the decision of the original hearing was too severe:

(i) An appeal may be filed on the grounds that there is proof to establish that the decision of the original hearing was reached in an unjust manner.

(ii) The Appeal shall be dealt within 10 days of the receipt of the written appeal or electronically written.  If at any level the appeal is over-turned the $50.00 fee paid to VMBHA will be returned. 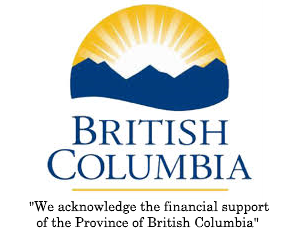 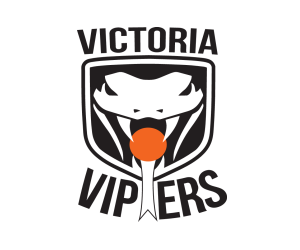 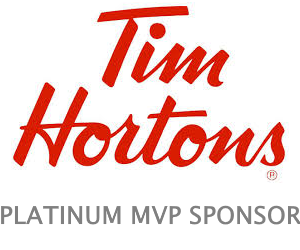 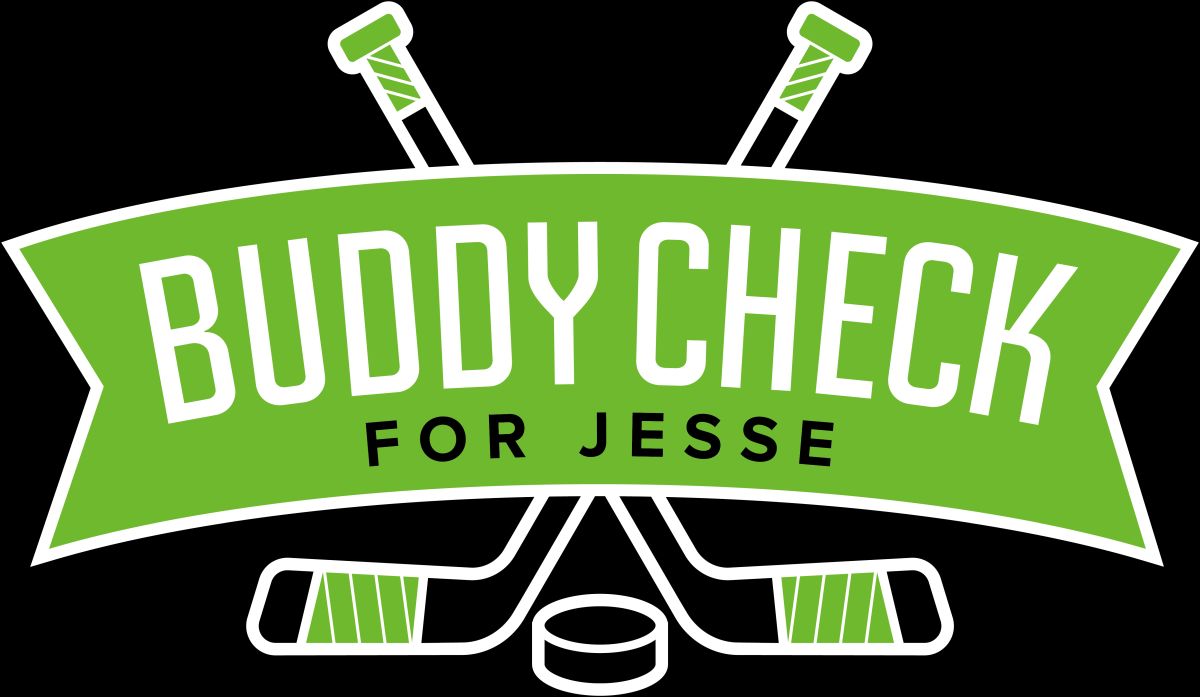